There is no denying that the grandeur of the Taj Mahal is impressive, nor that the Buddhist monuments in the Ajanta Caves are not awe inspiring. Many forget that India spans a vast 3.287 million km2, meaning it is thirteen times the size of the UK, and boasts a population of 1.25 billion. In a land this immense and culturally rich, there are locations that remain untouched by foreigners. The five locations below are perfect for those seeking an experience of India outside of the claustrophobic tourist hubs. The village and temple town of Hampi is recognised as a UNESCO World Heritage Site. Unreal and bewitching, the forlorn ruins of Hampi invade the unearthly landscape. It is undeniably one of the most historically and religiously significant places in all of India and is set on the banks of the Tungabhadra River.

The ancient city has mesmerised visitors for years, and many are fascinated by the large red boulders that stand on hills and mountains. Folk tales insist that Hanuman, the Hindu monkey god who is exceptionally strong, used the boulders to play marbles amongst the mountains. However, the real cause is much less mysterious. Hampi was once a flat surface, but millions of years of wind and rain swept away the soft soil and smooth boulders formed as a result.

Hampi is one of the oldest surfaces that can be viewed on earth and, with an area spanning 26km2, many settle for mopeds to take in the sights. However, many visitors often get to enjoy the relics alone. Most travellers’ traditionally stick to Hampi Bazaar, a village crammed with budget hotels, shops and restaurants, towered over by the majestic Virupaksha Temple. 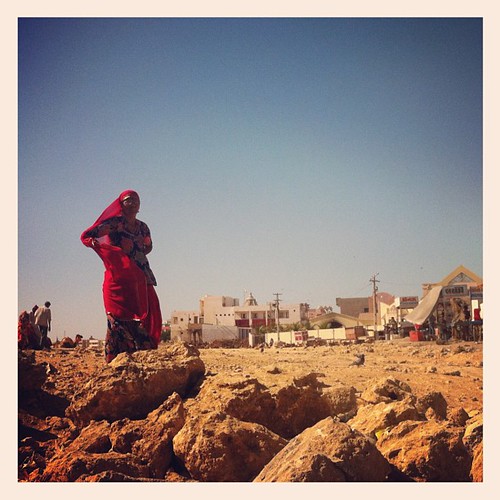 Located in the state of Gujarat in north western Indian, Dwarka is a coastal town. It is famed for being one of the four dhams; abodes of the gods. It is said to be the home of Hindu god Krishna. The city’s Dwarkadish temple, located on the banks of the Gomati river, draws pilgrims from all over India and is dedicated to Krishna. It is one of the few temples to allow non-Hindus to enter, but western tourists are a rare sight in this part of India.

Most visitors to Gujarat gravitate to Sasan Gir to see the Asiatic lions. However, making the lengthy journey to Dwarka, to sit on the sand as the sun comes down and watch the evening puja (diety worship) is worth it.

Ancient Sanskrit literature tells the story of Lord Krishna founding the holy city of Dwarka, before it was submerged in the sea. Marine exploration off the coast of Dwarka has bought to light a number of stone structures. Indian culture is said to have started approximately 5000 years ago, but the ruins below the Gulf of Cambay are dated back at least 9000 years. The mystery of India’s Atlantis is yet to be confirmed. 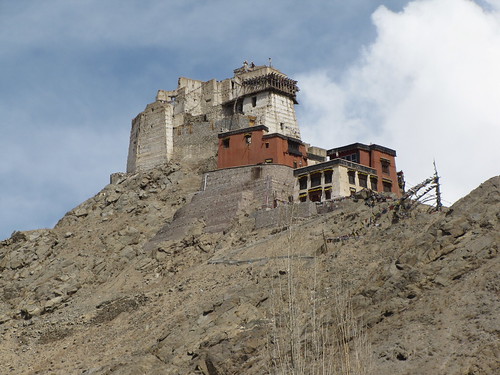 Between the Karakoram Mountains and the Himalayas, amongst the harsh rocks and khaki-coloured valleys, is Ladkah. Often referred to as ‘Little Tibet’ or ‘The Last Shangri-La’, the area covers the eastern two-thirds of the state of Jammu and Kashmir. Leh is the region’s capital.

Areas of Ladkah feels as if they have remained untouched for centuries and traditional Tibetan Buddhist culture remains intact. There are spectacularly located monasteries, with Ladkah’s Tibetans having carried traditions and customs forward, unimpeded by Chinese efforts to dilute Tibetan culture. As the region is inaccessible by road in winter, the area is cut off from modern civilisation, giving the people uninhibited freedom to live as they have done for thousands of years.

Leh Palace dominates the skyline, standing stark and other-worldly. The structure stands nine stories high and has remained uninhabited since 1846. The views from the uppermost rooftops are said to be powerful.

Cast your eye further up the mountains, beyond the palace, and you will see Namgyal Tsemo Monastery. The burnt red and white colours are a bizarre spectacle nestled in the barren landscape. The Buddhist monastery was founded in 1430 by King Tashi Mamgyal. Encased in the building is a three-story high gold statue of Maitreya Buddha and ancient manuscripts and frescoes.

Founded in 1577, the Punjab city of Amritsar is famed for being the epicentre of the Sikh religion. Harimandir Sahib, known by westerners as The Golden Temple, is a serene and humbling sight enveloped by contrasting streets that are full of life and sound. The Golden Temple is surrounded by the Sarovar, a large lake that consists of holy water and is fed by the Ravi River. The structure itself is formed of white marble, bronze and gold leaf. The temple walls are adorned with semi-precious stones, intricate glasswork, and frescoes. To enter, visitors must wear a traditional headscarf and be purified by walking through a shallow pool, and merging with the congregation circling the temple.

Dividing Amritsar is a web of railway lines. To the north of the tracks lies modern Amritsar. Contemporary shopping malls and luxury hotels are haphazardly dotted on colonial boulevards and the traffic can often be unbearable. Crossing to the old city by rickshaw is the simplest way to escape the chaos.

The old city, where The Golden Temple lies, is bound by 12 medieval gates. The area is rich with historical sights. Areas of fascination are connected by warrens of narrow bazars, taking visitors through centuries gone by. 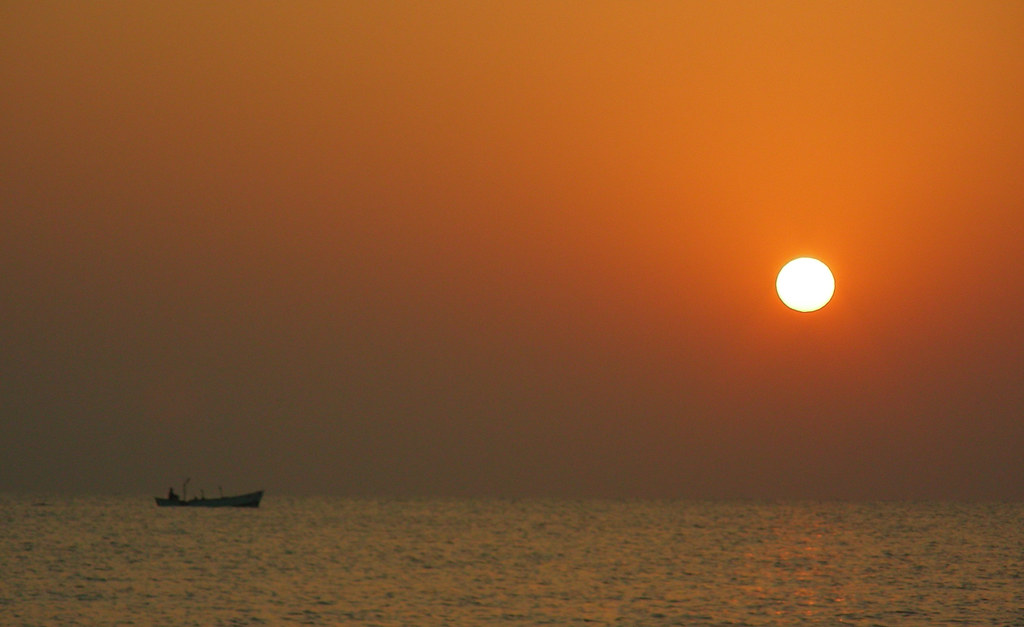 Linked by a bridge to Gujarat’s southern coast, Diu Island is an ex-Portuguese territory and the culture of the region still echoes this. The houses in Diu are painted the colours of sugared almonds and sit under a china-blue sky. With an average temperature of 26°C, Diu is an ideal location for those seeking a week to unwind. The sleepy town boasts empty beaches, where regal peacocks fly from roof to roof.

Diu’s history of Christian settlers is still visibly in the form of the three Catholic churches on the Island. At St Paul’s mass is still performed daily. St Francis of Assisi is now partly used as a hospital. St Thomas’s is now owned by the D’Souza family and has been converted into an unusual mix of museum and guest house. The guesthouse has seen better days, but the family host weekly barbeques where rockfish and calamari are a speciality. For around £2.50 thrifty backpackers are welcome to sleep on the roof of the church – the highest point in Diu – which offers a spine-tingling romantic view over the ocean.