How Much Does It Cost to Live in Mexico?

Holidaymakers and expats are greeted warmly in Mexico and tourism is one of the most important industries. It is the eighth most visited country in the world and there are estimated to be well over a million expats (particularly North Americans) calling the country home.

Ranking in 65th place this year (out of 149 countries) was Mexico. This puts Mexico in the top 40%, with its ranking for business environment (31th place) the only asset ranked above 50th position. Mexico performed poorly for social capital (126th) and safety and security (133rd).

With one of the strongest economies in Latin America, near perfect weather, and a reasonable cost of living, we uncover how much it really costs to live in Mexico.

Mexico is a powerhouse in the emerging market, only behind China, Brazil, Russia, and Indian. It is amongst the world’s 20 largest economies and is the largest in Latin America. Mexico’s economic success is partly dependent on the health of the American economy and it grew by 2.4% in 2014 and 2.3% in 2015. Poverty is by far Mexico’s largest economical issue, with the Mexican government estimating that 33% of citizens living in moderate poverty and 9% in extreme poverty. This equates to 42% of Mexican citizens living below the national poverty line. Despite extensive changes in the government’s economic policies, many blame the high poverty levels on social inequality and lack of opportunities. Housing in Mexico for Expats

Contemporary apartment block? Colonial townhouse? Ranch in the countryside? Expats moving to Mexico will be astounded by the vast array of different properties throughout the cities and beyond. Rent is substantially cheaper outside of the city limits. However, regardless of where you choose to call home, the process of acquiring a rental property in Mexico can be tricky.

Renting is the norm in Mexico and, for this reason, there are countless different properties available. Often, the language barrier can make proceedings more complicated. However, the most infuriating aspect of renting through an estate agent is the need for a guarantor, who must be a Mexican citizen and a property owner. This is not the case for everyone securing a property through an agent, but it is common.

To rent a home with minimum fuss, expats are advised to browse the listings in newspapers, or ask other expats or locals. There should still be a rental contract signed and an inventory completed for protection purposes.

Although renting is the norm, foreigners looking to buy a home in Mexico will benefit from beautiful homes and low property prices. Unlike other countries, buying a property is restriction free and a relatively uncomplicated process with the help of a property lawyer to oversee proceedings. 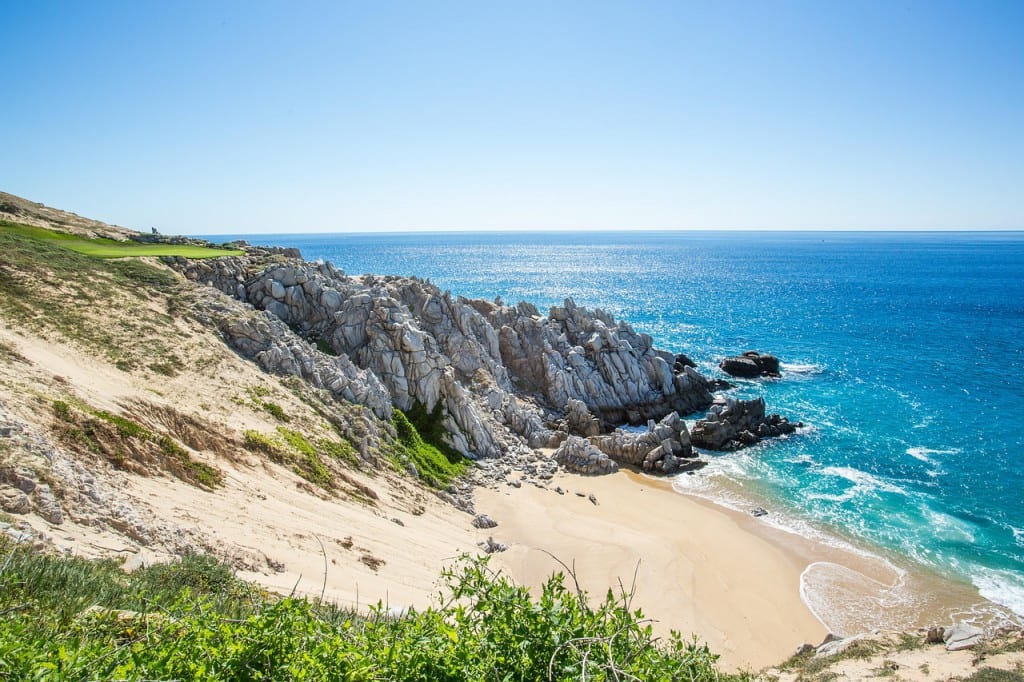 Unlike most countries, which have a public and private healthcare service, Mexico has three different tiers. The lowest is for unemployed Mexicans, so will not apply to expats. The next tier up is the public healthcare sector. Expats who work in Mexico are entitled to free treatment as part of their salary is deducted to pay for this. There is also an option for retired expats to opt in for public healthcare. However, expats of any age should be aware that some medical facilities in Mexico do not match up to Western standards. Whilst some of the clinics and hospitals in the cities are exceptional, the public healthcare industry on the whole leaves a lot to be desired, especially in more rural areas.

The vast majority of expats (including those covered by the public healthcare system) opt to pay for international healthcare to ensure they have access to the best facilities if they are needed. Private hospitals and clinics are on par with Western facilities, with many doctors having been trained in Europe or America. However, it is worth bearing in mind that many private hospitals will not deal with insurance providers directly. This means you will have to pay for any treatment out of you own pocket and keep hold of invoices so that you can claim the cost back from your insurance provider.

Only Mexican children receive free tuition in public schools so, regardless of opting for independent or home schooling, expat parents will have to pay. Understandably, fees for public schools are significantly less than that of independent establishments.

For children fluent in Spanish, expats essentially have the pick of any school in Mexico. However, many of the public schools are underfunded and do not match up to the standard of state schools in the Western world. It can be best for expat parents to visit public schools or go off of recommendations from other expat parents who have bilingual children.

For those living in areas with unsuitable public schools, or whose children do not speak Spanish, independent schools are commonly the most popular option. Fees tend to fall between £120 and £300 per month, but can be more. Parents should also expect to pay an annual enrolment fee and purchase school uniform and books. Places for students at independent schools can go quickly, so it is best for parents to get their foot in the door with some of their favourites as soon as possible.

However, home schooling is becoming increasingly popular in Mexico. Many parents take on the task themselves, or send their children to a public Spanish programme in the mornings, and resume home classes in the afternoon. When moving to Mexico and considering home schooling, parents should investigate what public schemes are on offer in their proposed location. Petrol and car prices in Mexico are vastly cheaper than in the Western world. Buying or hiring a car can be done perfectly legally on most national licenses and the International Driving Permit. However easy and cheap it is to drive in Mexico, it comes with its risks.

Roads in Mexico can be extremely poorly maintained, with the best to travel on being toll roads, which obviously come with a charge. Furthermore, many Mexicans choose to drive without insurance and violent car jackings have taken place.

The regional train network in Mexico is limited particularly for those travelling from city to city. It is often utilised by tourists who want to experience the Mayan ruins between Villahermosa and Cancun, or the Copper Canyon.

However, the metro systems in Mexico City, Monterrey, and Guadalajara are very well established. The metro in Mexico City is one of the cheapest rail systems in the world. An average day ticket costs just 5 pesos (21p) or 3 pesos (13p) for students or those who are unemployed. Travel is free for the disabled, elderly, or those under five with a parent.

However, by far the most popular mode of transport for expats and locals alike in Mexico is the bus. Whether travelling for 10 minutes or 10 hours, it is the most affordable and efficient way to get around. The long-distance buses have executive and first class areas, with toilets and televisions, and are often non-stop services.

The local buses are often cramped during rush hour, just like buses in cities and towns around the world. Expats can pay for their tickets when alighting the bus, with the most expensive fares in cities and tourist hubs reaching 6 pesos (25p).

Although not as popular as buses, many expats and middle class Mexicans use the local taxis, which cost around 5.50 pesos per kilometre (23p). Taxis either use meters or charge by zones depending upon location, just ask the driver, many have a basic grasp of English.

Jobs in Mexico for Expats

Many who move to Mexico tend to be retirees, so finding work is not a concern. Unless being moved by your employer, securing a job in Mexico can be difficult. Not only are unemployment rates high, but companies wanting to employ expats must prove they are not taking jobs that Mexican workers could do. Many looking for work in Mexico will soon find that being able to speak Spanish and possessing qualifications is crucial.

Most of the expat workforce are English teachers or work within the tourism and hospitality industries. Others have senior roles in companies that have relocated from the USA to benefit from cheaper manufacturing and labour costs.

The world’s largest database, Numbeo, has a vast selection of user contributed data in regards to Mexico. Compared to the UK, the cost of living is significantly less in Mexico.

The tables below provide an over view of the differences in costs between Mexico and the UK. Please note that all Mexican prices have been converted into British pounds.